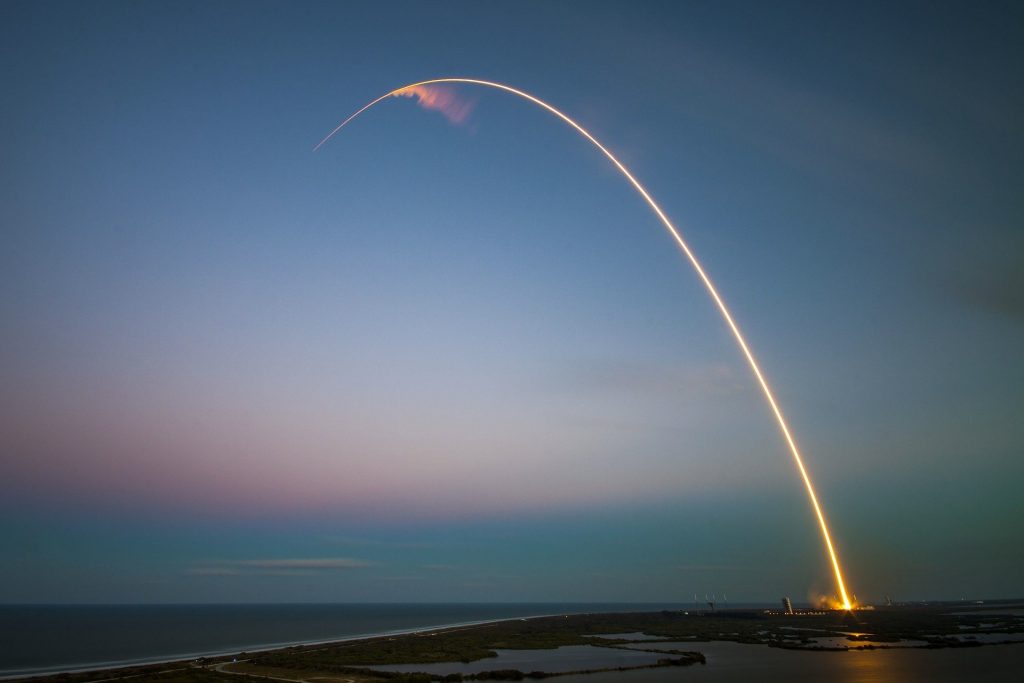 View from the Peacockpit: Getting Spaced out & Tuned In with the NASA / SPACEX Relaunch

<green>Wishing you a safe flight glorious creature, and hoping the same for our NASA & SPACEX comrades heading a bit farther into the horizon.<green>

The view up there may be spellbinding. But the view from Within can also be compelling when considering that we're all born of Space Matter and stardust ... and that the invisible filaments which connect those Heavenly Bodies Above also connect the Global Body Below (as well as the indwelling universe we understand so little of).

7.7 billion Humans are all hungry for their starring moment, all searching for a semblance of further meaning given that Earth has been remarkably Closed for Business during COVID19. All are restless, angry, fearful, stressed, lonely, perplexed, exhausted - and so on.

As Above So Below?

It's fancy and futuristic to dream about escape to very VERY faraway places. Space Exploration is at once informative and enthralling. It's an inherent part of our questing human nature as much as our Ancient Ancestors who pondered those same skies. And this push to grow, to explore, is the norm; Life Energy constantly asserting itself through cells, plants, species, etc.

Our species is oriented toward visible demonstrations of growth, i.e. corporate profits, real estate development, population growth, audience & social media likes, industrial advancements, and so forth. But what of the invisible growth that informs an evolutionary development in the Mind of Humankind and its ability to reimagine itself and Life On Earth differently, with adaptability?

The discord we feel internally exemplified by the disconnect we're seeing increMentally externally will perpetually reinvent itself cleverly - disguised on a different rung of the never ending spiral of Cosmic Existence.

We think the antidote for our disconnect from Self & Other lies at the frontier of the unfathomable Unknown "out there". But constantly pushing our limits with the same broken engine fuelled by our same broken minds will only wind us up in the same desperate destination of Zero Gravity: drifting deeper into the flotsam with the gravity of our losing further control.

It might be wise to appropriate investment resources into not only The Outer Space Program but developing The Inner Space Program. The terrain of Space Wars looms in ever uncomfortably close proximity. The armaments and architecture involved to insure each nation's safety extra-terrestrially (not to mention the potential cosmic havoc for possible other species / life forms we've yet to encounter) is tantamount to giving Baby the keys to the Ferrari.

This beyond-belief-scenario is an impossible field to navigate successfully without turning the compass first and foremost Inward.

COVID and Climate Crises travel in the same loaded cockpit, along with billions of species who are all at their effect. That includes ours. We are the only species in the midst of and aware of our own extinction - by our own hands.

Leadership needs Healership to steer the rudder of our fl'ailing worldwide citizenship. But when Leadership is absent, much like absentee parent figures, what then? Who to look toward? Where is our North Star to guide us? Maybe we need to learn how to be what we seek. Maybe we need to pilot the craft we already live in - our inner home - as well as that of our earthly dwelling.

For those many who live in dangerous nation states or dangerous states of mind, this deep dive is easier said than done. But for those "lucky" enough to be even marginally surviving (or those rarer still, who are actually thriving), cultivating the skillsets of TLC deftly and extended outwardly could become our greatest mission of all.

So be captivated by today's relaunch and future ones. Be enamoured with that undulating blanket of night sky, thrilling us with its glimmering light show of infinite possibility. Be adventurous in thought and wonder about what's out there and how to someday get there.

But let the inquisitive captain of this stunning ride remain awake at the wheel and be steered by an internal compass rather than just orbiting it ... one which not only reassures its passengers but stirs them - be it a flight of one, or a flight of One.

All for One or None for All.

That's the name of this dynamic flight plan's game. And though our ultimate destination remains an eternal mystery, it's up to us whether we continually navigate this journey from our sore spot ... or simply soar.

Let's get Spaced Out ... and Tuned In, Planet Person.