“When was the last time you were invited to a party that spanned the globe, was attended by a few billion people, transcended time-culture-politics-religion, and the guest of honour … was Every Living Being?” 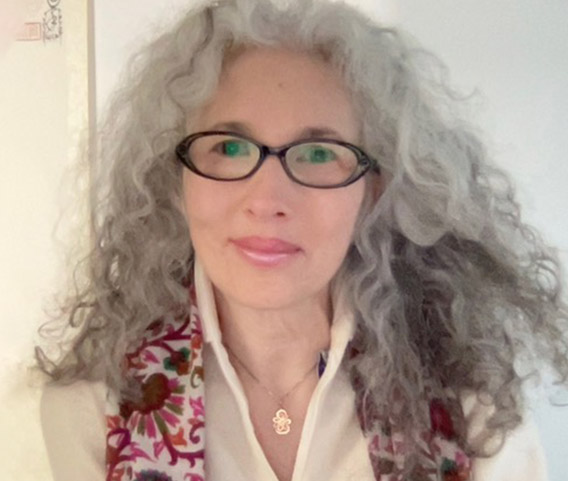 Imagine … right now ... everywhere on earth … there is only one thing that every living person is doing. Breathing. Earth has been poorly marketed. So has Humanity in sanity. 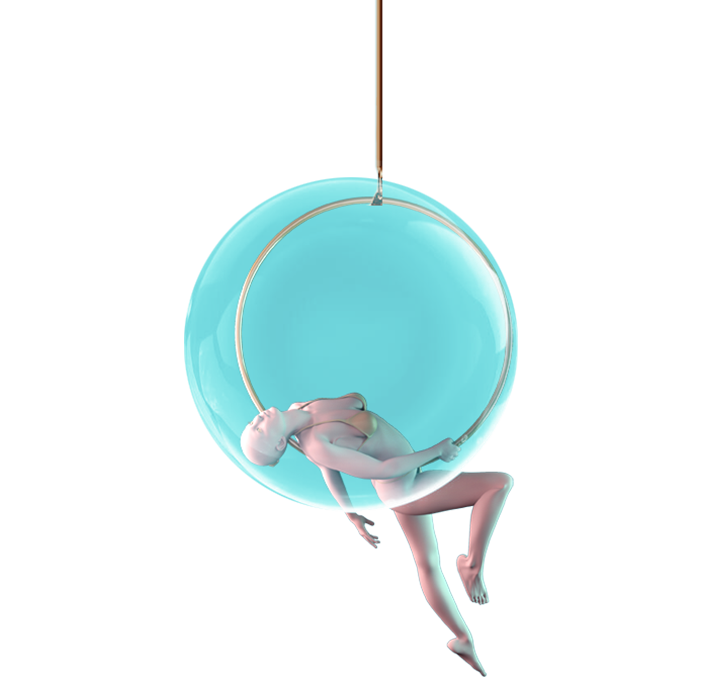 Let’s get Spaced Out & Tuned In … about worlds around us and within.

That alone should be extraordinary when we consider it. But we don't. We're not conscious of this astonishing and precious shared experience, and so many others. We don't take conscience of it — and we’re diminished as a result of it.

Yet imagine if we did! And imagine not only recognising it but celebrating the fact that Consciousness itself is alive and breathing us … and every living being! Add music to that cosmic mix and the melody becomes a harmony beyond belief.

Since 1987 I’ve been party planning the unimaginable; a music-propelled, interstellar “B'earthday” Party for the Planet celebrating Every Living Being – broadcast live worldwide!

But the timing was premature. We hadn't experienced enough breakdowns for hopeful breakthroughs. So Sync gestated, marinaded, incubated, and innovated – honing its content as a world of tech connect & disconnect, fusion & confusion, spawned an alienating evolution that's become our current Global Identity Crisis.

How to pivot an entire civilization on its healthy axis? More natural disasters? Manmade ones? Disaster has been impetus for so many world shifts. Yet the Wisdom of the Ancients professes otherwise, its murmur ever-obscured by Modernity.

A sweaty summer night in 1987. The floor of a NYC living room. David Bowie’s “Dancin’ in the Streets” blasts on the stereo. And I’m fixated; on a sprawling map of the world while my cat chases my dog in madcap loops around the room and, of course, across the map. The cat mounts the dog like a circus act run amok as they continue to race, etching skid marks into the world. But I'm in my own world, captivated by a perennial question most of us have posed at least once in earnest: who in heaven are we and why on earth are we here?

My dog breathlessly slides onto the map, squats over the Marianna Trench, and pees. With glee. The cat is perched like a small God on a faraway tabletop observing the damp map and floor below. Yet for some reason I'm not mesmerised by the pee so much as the We. Multiple shapes of multiple nation states with multiple beings living within and between them … this captivates me.

Who ARE we all, going about our daily business oftentimes oblivious … oblivioUs? Is someone else across the planet now looking heavenward wondering the same thing? And what would it be like if we ALL connected, through music, for one incredible global moment in time? Will that change us? Engage us? Inspire a new kind of “genesis” … a “genesUs”?

With a guest list in the billions, a globally televised fete on behalf of us all seemed farfetched at the outset (though people were intrigued). Now, like a bad dress rehearsal, 2020’s New Abnormal arrived with a crazy “Mask-erade" Party no one wished to be invited to.

Hardly the kind of “global moment of connection & reflection” Sync had originally envisioned.

In 1995 I was in Istanbul to film the pilot for a Reality TV series I developed for Turkish television. “Bana iyi bir şey söyle” (Tell Me Something Good) was a half hour weekly news format devoted exclusively to good news in and around local communities. The Networks’ responses were enthusiastic and unanimous; great idea but there’s no good news in Turkey so try another country. Yet one door closed as another opened. I befriended a Turkish entrepreneur who believed otherwise, and with his own avant garde dreams.

Together we mounted the rudimentary phase of my longstanding vision. By 1996 it was en route; first partnering with David Niven Jr. and a UN driven millennium endeavour before shifting to the Paris based media group where I remained thereafter. Hence the first incarnation of what would become Synchronistory® – initially as a global millennium event.

Since then I've circumnavigated the global mindset, further chiseling and refining this televisionary concept to reveal the definitive inspirational vehicle it’s evolved into — this time accompanied by my German team.

Travel and Astronomy are among my passions. Music is another. It’s enriched my journey exploring the byways of human nature with an inquisitive cultural eye — be it the inner realms of the psyche or the outer reaches of the universe. You could say my roadmap through life has been an “Iliodd” &“Oddysee”. The learning curves are often comic, occasionally heartbreaking, and sometimes even cosmic.

Music is my soul, inspiration is my goal, and imagination is my portal. All of them are balanced in grounding, yet with respectful inquiry for those mysterious realms that lie beyond us … and within us.

From environmental concerns to environMental, Civilization is poised for a dynamic shift that inspires Individuals & Industry to live as a more conscientioUs and caring species amongst many, and cultivate better relations. Like a musical midwife, Synchronistory® champions this birth on earth with the creation of a watershed worldwide entertainment phenomenon … one that sparks enlightened imagiNations.

In 1998 my French business partner and I arrive from Paris at the invitation of the UN to speak at the UN World Television Forum on behalf of my then event, Hands Around The World: Humanity Celebrates The Millennium, and address the future of this defining moment in history. Rupert Murdoch. Kofi Annan. The Pope’s special envoy. They and hi-wattage international others are all there. I’m like a deer in headlights, jet lagged and dreamy eyed. My partner is bold. In immaculate business suit & tie, he crawls across a crowded UN floor riddled with TV cables during a live broadcast and hands them all my PR folders. That's just the beginning of a hilarioUs and unlikely “Oddysee” ... 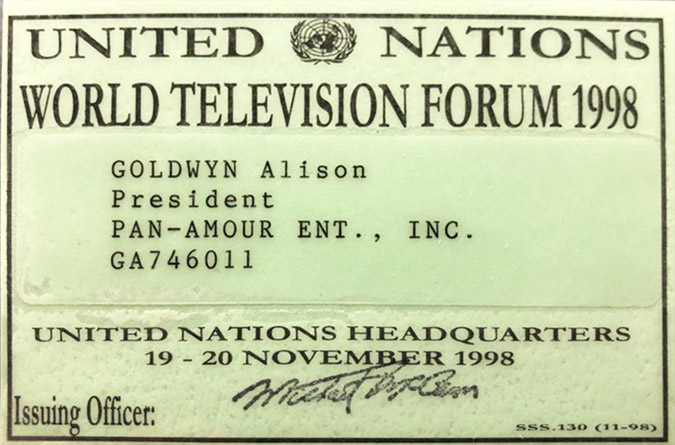 Once you’ve tasted the floor of a UN General Assembly, the Nobel Prize isn’t far behind. Under the auspices of Hands, my French business partner and I propose a wild idea and they bite; to award Humanity itself as recipient of the year 2000 Peace Prize. Not that Humanity deserves it but by raising the bar we might grow into these lofty shoes. From across the world, the mythic Elie Wiesel phones me early one Saturday morning to dismiss this idea. In my pyjamas and half asleep, I have no worthy retort. Yet months later in a frigid Norwegian winter, my business partner and I are invited by the Nobel Committee to further engage on this compelling concept. In their boardroom we’re awarded chocolate Nobel Prizes. My partner eats his. Mine is enshrined under glass … and Humanity in sanity is still in the throws of its lofty-shoes growth spurt. 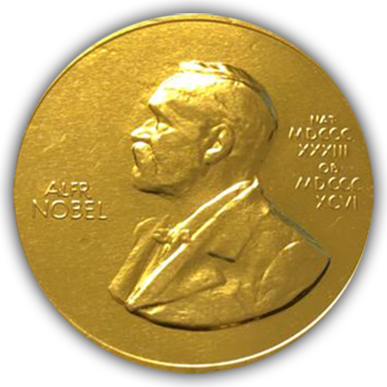 Of Festivities & Festivals with the Cannes Man:

There I am with head of Security for The Cannes Film Festival. Unlike most networkers parading themselves along the croisette, at fancy yacht parties, or schmoozing at hi-falutin Hotel Bars at all hours … I spend 12 days in his privileged, windowless silo prepping PR flyers and notes to hand deliver to VIP addresses that this generous, party-loving gentleman has provided me. Little does he know that absolutely no one will wind up responding — for the next 20 years. On New Year’s Eve in Paris I try to ignite said PR folder and cast my dreams onto the Seine as a farewell gesture. It won’t illuminate. I try to tear it. Shred it. It’s indestructible, but for a small continental piece left in my tearful grasp which I float out to sea before an Eye-full Tower sparkling us into 2000 A.D. 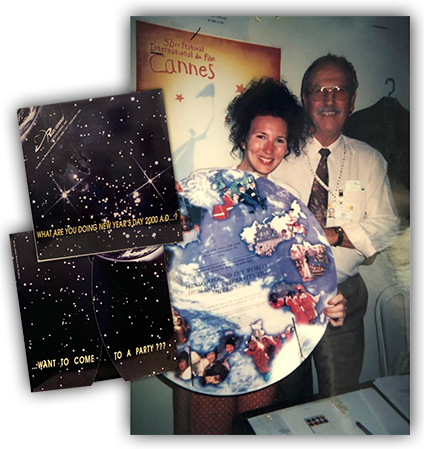 When all else fails on Earth, try to pitch your party in Space! Then get rejected to be selected as part of the citizen crew — even with your Baby Angel in tow — and reinvent your terrestrial wheels with renewed creativity as the winds of global change continue to brew.

Returning from my fake Space Mission, I realise Earth is a truly stellar vision. Here I am, pitching my party project to a formidable ancient being, known as Tree (from Spain’s Cadiz — launching point for other explorer-adventurers like Magellan). With humility you begin to view root systems with newfound appreciation and realise that 30 years of party planning ain't nothing compared to the majesty of this giant beauty that’s withstood her test of time and challenging elements. 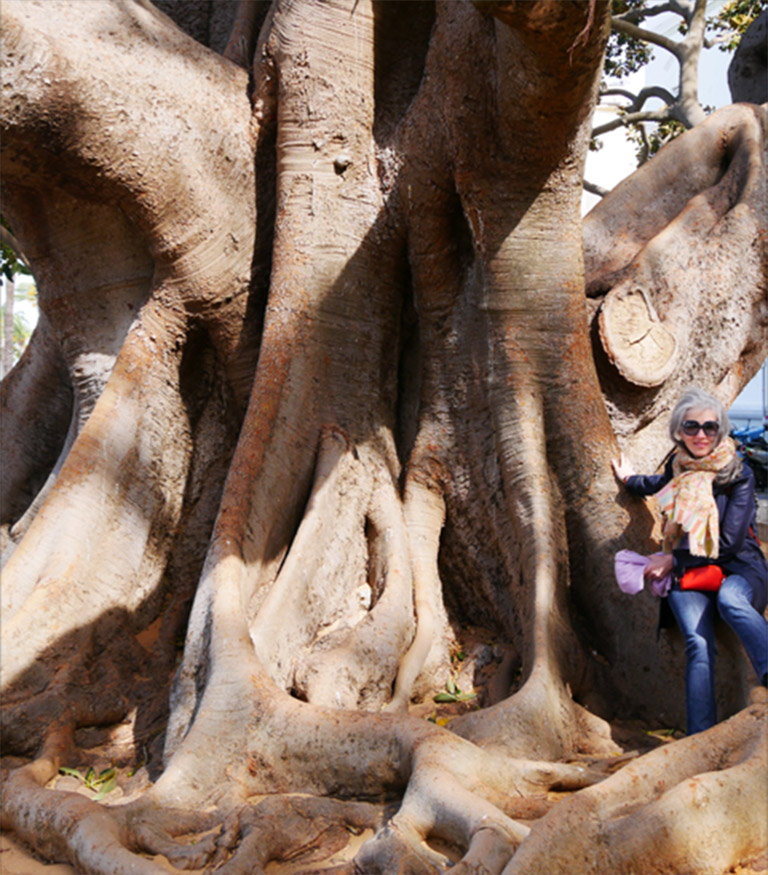 You can’t plan inspiration. It finds you. And then it’s up to you whether or not — or how — to nurture it. From U.S. to France to the UK and Norway, from Germany to the Middle East to Turkey to the roots of my being, from 9/11 to U.S. Brexidents … from a microscopic virus that exerts its relevance … I believe in the future of "party time" and the love within Humanity that's yearning to shine. I believe in serioUs fun that entertains while it informs. I believe in the mUsic in Us all and offering that portal to everyone.

Synchronistory® is a message in a bottle cast into the waters of Modern Times like a prayer for Humankind. Isn’t it time? 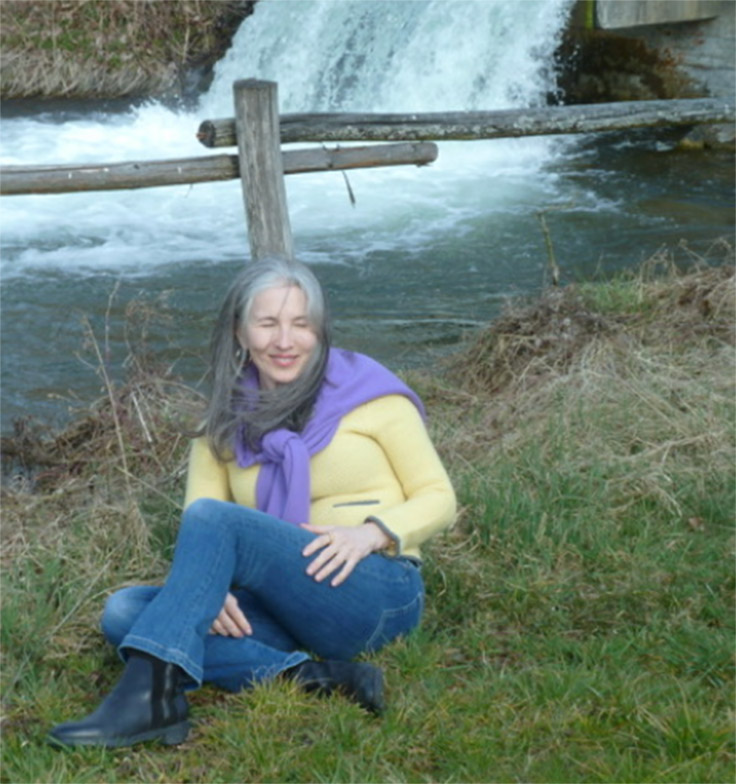