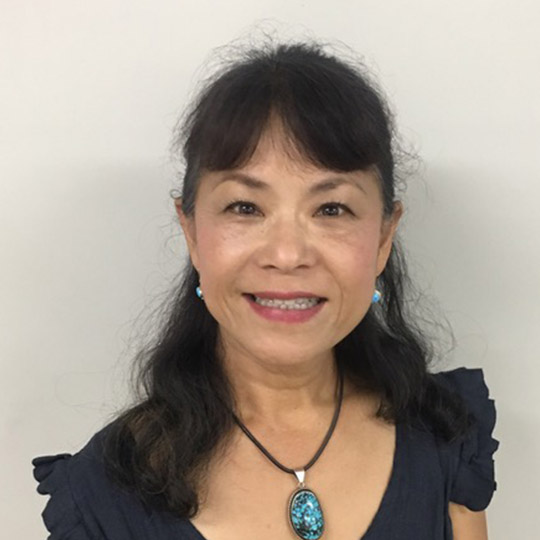 Michiko Hayashi, born in Japan, whose father was a chief Buddhist priest. She learned to be humble, honest, diligent, and compassionate from who he was. She has a B.A. from a university in the USA with foreign language major (fluent in Japanese, English and Spanish). She worked at the Ministry of Transportation in Costa Rica in 1980 – 1981 before graduating from the US university.