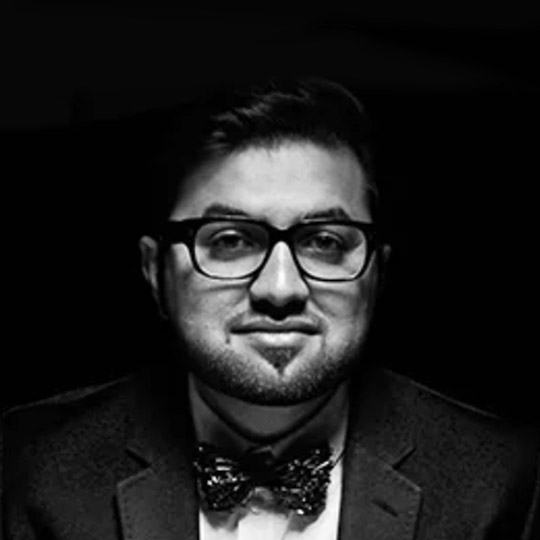 Rashid Ali was born in Pakistan in 1977. At an early age he displayed an inherent love of texture and textile. Commencing his career by partnering with a small, chic textile boutique, Rashid traded in rare textiles in Dubai during an era when it was still a little sandy town. Rashid explains “I can map my growth along with Dubai’s; as the skyline changed here under the vision of our leader Sheikh Mohamed, it inspired dreams in us the citizens of Dubai. I grew my company inspired by His Highness.”

Rashid’s was one of the first rare textile stores in the region and consequently, some of Dubai’s finest designers would shop there. He was intrigued by their creative processes – notably by Furne One’s arrival who began working for a local atelier. Like most designers Furne visited Rashid’s store regularly. Rashid “saw raw creativity and big potential” in Furne’s creative designs. Sharing ideas, they realized a common thread woven into the fabric of their respective visions. They decided to create a label called Amato (“beloved” in Italian).

Rashid’s exposure to the Arab fashionistas frequenting his store gave him a deep understanding of what the women in the region were looking for. Rashid explains “I knew women were getting the best education and moving into leadership positions here. They were at the crux of change. They certainly wanted beautiful clothes but they wanted it to reflect their inherent personality and their culture.” Tapping into this changing mindset, Amato’s success is based on its ability to balance the creative elements of every collection with scalability.

Rashid’s role in the company as Commercial Director and Brand Representative gave him a deeper respect for the importance of design. As Furne’s business partner he oversees the sales, marketing & business development teams, and manages the promotion – responsible for growing the Amato label into a veritable international brand.

Rashid remains highly dedicated to the legacy of Amato. “From Amato’s first collection, each one thereafter has been a resounding success. This is the wellspring of our label. As the commercial partner my responsibility is to take Amato to a global level.” Launching Amato’s Perfumes and Prêt Collections, it is Rashid’s onus to steer the region’s premier label into the region’s premier brand. “It’s a great opportunity, but one which comes with great responsibility.” His design team of 50 work with the design community actively and organically to develop the international franchise route.

A longtime fan and patron of design growth in Asia, Rashid Ali showcased twice in Pakistan amidst threats of terror. “For me it was showcasing at a different level; to show the country that we, too, can make a difference. To me it is important that our nation – which is deeply entrenched in culture and creativity – is able to show Pakistani creativity and craft globally. I have offered to work on the UN projects in the region and am working on showcasing with BETI, a women’s empowerment NGO.”